The Danube Art Master winners are selected by 13 countries, which share the Danube River Basin, including Austria, Bosnia and Herzegovina, Bulgaria, Croatia, Germany, Hungary, Moldova, Romania, Serbia, Montenegro, Slovakia, Slovenia and Ukraine. The competition is open to all children and schools across the 13 countries that make up the Danube River Basin. Around 663 children from 127 schools participated, submitting about 275 artworks and 72 videos including team submissions.

In 2019 there are three equal winners in the overall artwork category – Austria, Croatia, and Serbia: 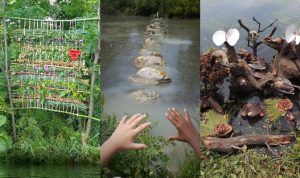 All three artworks received the same amount of total points from the international jury making them equal first place winners.

In the video category, Klara Hardi from the OŠ “Antuna Bauera” school in Croatia won with the short video “Danube“.

Winning works, videos and other successful works from all participating countries can be found in more detail on the Danube Art Master FB page.

The winning team from Nis is made up of students from the “Stefan Nemanja” Elementary School, who are involved in the work of the Eco Club under the mentorship of teachers Vesna Kocić and Vesna Vukojević. They represented their group in Belgrade at the proclamation of national winners of the “Danube Art Master” during the celebration of the Danube Day. Ahead of them is the Hungarian Government-sponsored prize-giving trip to the Budapest Water Summit, which will take place from 16 to 18 October. At this major international event, they and their fellow winners from other countries will be promoted as “crowned Danube Art Masters“.

The Danube Art Master, international contest, is an activity of the International Danube River Basin Commission and the Global Water Partnership for Central and Eastern Europe. The competition targets ages 6-18 and has been conducted in 14 countries on the Danube River Basin since 2004. The theme of the competition changes every season. So far, young people are invited to: activate for a healthier, cleaner Danube, for the conservation of sturgeon, and the like. while the theme of this year’s competition was: “WE LOVE THE DANUBE”. Organizer’s announcement can be downloaded here.

Executive Director of the Young Researchers of Serbia, Tanja Petrovic, together with partners from BOS and RERI, participated in the first meeting of the Working Group for the Development of the National Environmental Protection Strategy – “Green Agenda for Serbia.” The initial meeting was attended by more than 120 representatives of relevant institutions, the academic […]

At the beginning of the second cycle of ECO-SYSTEM support for CSOs in the area of environmental protection, from July 11 to 13 in Zrenjanin, an introductory training and contract signing ceremony was held between The Young Researchers of Serbia and 13 organizations whose projects were supported. The contract signing ceremony was attended by project teams in front of 12 networks […]